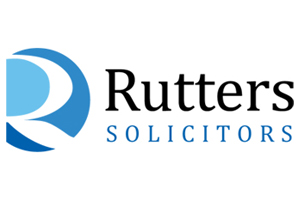 Posted at 19:00h in LatestNews by 4bdesignadmin

The long standing saga of Ilott v Mitson began in 2007, following which it has continued to develop interest amongst legal advisors and the public alike due to its impact on the principle of testamentary freedom (i.e. whom people can decide to leave their estates to on their death). Recently, the case came before the Supreme Court and was the first time the highest UK Court has been asked to consider the Inheritance (Provision for Family and Dependants) Act 1975. This piece of legislation is potentially available to those financial or moral dependents who believe that they have not received a reasonable financial provision under a deceased persons Will.

By way of a brief summary, Mrs Jackson provided instructions for a Will that disinherited her daughter Heather Ilott and left her estate to three charities. The Will was completed correctly (and a Letter of Wishes had been drafted) to ensure that Mrs IIott did not receive any benefit from the estate. Mrs Jackson’s reasons for doing so were varied, with the predominate drivers being that she had both been estranged from Mrs IIott for many years and had provided no financial support to her daughter during her adult lifetime.

Following the death of Mrs Jackson, her daughter made a claim on the estate under the above Act on the basis that she and her family lived on state benefits that reflected the fact that the family had a very low income. This claim was challenged by the three charity beneficiaries named in the will.  At this initial stage, Mrs IIott managed to argue successfully for a financial award of £50,000 (from an estate worth £486,000) which was later overturned by the charities on appeal. Using her further right of appeal, in July 2015 her award was increased to £163,000. The Court of Appeal overturned the first decision of £50,000 on particular grounds, in general that the District Judge in the original case had restricted the award to Mrs IIott on the basis that she had both limited means/living expenses and that the impact of the award on her benefits entitlement was not correctly taken into account.

The Supreme Court was therefore asked to decide in Ilott v The Blue Cross and others [2017 UKSC 17] which application of the rules should have been followed.

The Supreme Court set aside the increased award by the Court of Appeal and restored the original £50,000 award. The Supreme Court decided the District Judge in the first case had in fact correctly assessed the situation, by both considering the nature of the relationship between the parties and addressing correctly the impact on Mrs IIott’s benefits and living situation.

The judgment goes on to state that ‘the circumstances of the relationship between the deceased and the claimant may affect what is the just order to make. Sometimes the relationship will have been such that the only reasonable provision is the maximum which the estate can afford; in other situations, the provision which it is reasonable to make will, because of the distance of the relationship, or perhaps because of the conduct of one or other of the parties, be to meet only part of the needs of the claimant.’ As such, when a person writes their Will and chooses beneficiaries, then these wishes will matter, be respected and be taken into account should any challenge be made by a disappointed beneficiary. The Court should assess what is appropriate, taking into account these wishes, the relationship between the parties and even the conduct between them before considering the level of award (if any) to make.

The Supreme Court decision confirms that a person is generally free to choose who will inherit their estate. A key point is that if a person sets out their wishes in a properly documented Will (with an accompanying Letter of Wishes) then they can be more confident those wishes will be taken into account as a significant factor by any court considering their case.

The freedom to choose whom will benefit from your Will is a fundamental concept and the success of the charities in minimising the award has confirmed in general court support for this individual freedom. However, as every case is context specific, whilst people can be reassured that their wishes will be a significant factor when considering a claim, it is important to remember that a person can still challenge a Will under the aforementioned Act if the necessary statutory hurdles are overcome. Any award to a disappointed beneficiary would be considered as against the total value of the estate and the circumstances surrounding the matter.

By using Rutters to write your Will (rather than decide to go it alone) you can be satisfied that our specific skills, judgement and expertise in dealing with this area of law can significantly assist you in avoiding any future claim against your estate. On the other hand, if you are a disappointed beneficiary, we also have the experience in advising clients who wish to make a claim under the Act.